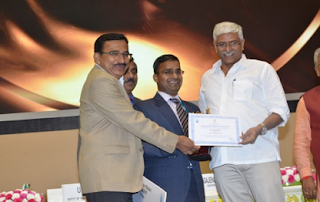 Ambuja Cement Foundation was recently felicitated with three major awards in a period of two weeks - celebrating a hat-trick of recognition. They were presented by high level dignitaries who appreciated ACF's work in its core villages in building a prosperous rural society.
1.     At the first ever National Water Mission Awards held at the Vigyan Bhawan in New Delhi, ACF was felicitated for its work in water resource management in Rajasthan and Gujarat by Sri. Gajendra Singh Shekhawat, the Honourable Union Minister, Ministry of Jal Shakti. The award was received for the category 'Focused attention to vulnerable areas including over-exploited areas' which is one of the major goals of the National Water Mission. ACF's entry for the awards focused on drinking water, water harvesting and water use efficiency interventions in the Gir Somnath district of Gujarat and Pali & Nagaur districts of Rajasthan.
2.     ACF was awarded by the India Edition Mahatma Awards 2019 and was felicitated by Smt. Rajashree Birla for its work in rural villages - demonstrating excellence and the highest standards of ethical conduct, integrity, civic and social responsibility. The Mahatma Award is inspired by the spirit of Mahatma Gandhi and was launched in 2017 in the United States - for the past two years national and international organizations have been awarded in New York City.  More than 100 organization like IBM, GE Foundation, Microsoft, Google, Twitter, Vodafone Americas, The Rockefeller Foundation, Save the Children, Grameen Foundation, J.P.Morgan Chase, Caritas India, have been awarded for their socially responsible work and sustainable business practices and now, Ambuja Cement Foundation also stands amongst them. 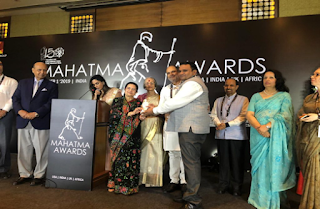 3.     Motiben Arjanbhai Chavda from Shri Sorath Mahila Vikas Sahkari Samiti (SMVSM), an ACF facilitated Women's Federation in Kodinar, has won the Nari Ratna Award for 2019. The award was presented by the wife of the Chief Minister of Gujarat, respected Smt. Anjaliben Rupani on 23rd September 2019 at Ahmedabad. The Federation, comprising of over 7000 members, plays an instrumental role in helping vast numbers of women achieve financial independence whilst mobilizing them to tackle various social issues, including alcoholism, domestic violence, sanitation and widow discrimination. 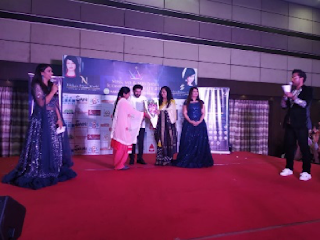