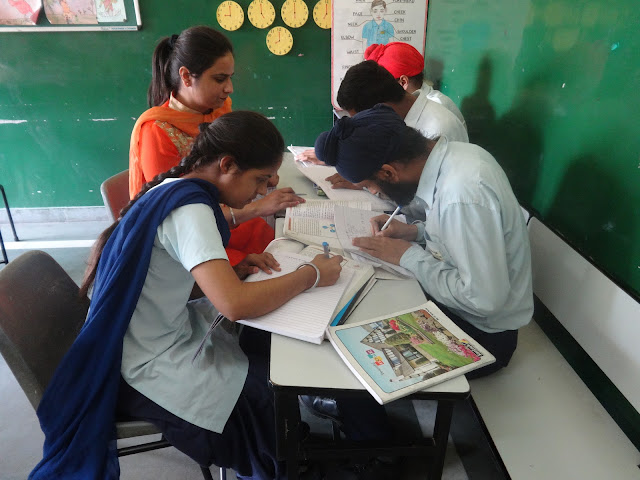 AMK students have once again challenged perceptions of what the differently-abled can and cannot do, with 4 students passing their NIOS exams with more than 60% marks.
Jaskaran Kaur (16 years), Amandeep Singh (20 years), Jashandeep Singh (16 years), and Vikas Kumar (17 years) achieved the outstanding results with support from AMK teachers, parents and exam writers (amanuensis).
This makes the total number of AMK students to clear their NIOS exams, total 10. 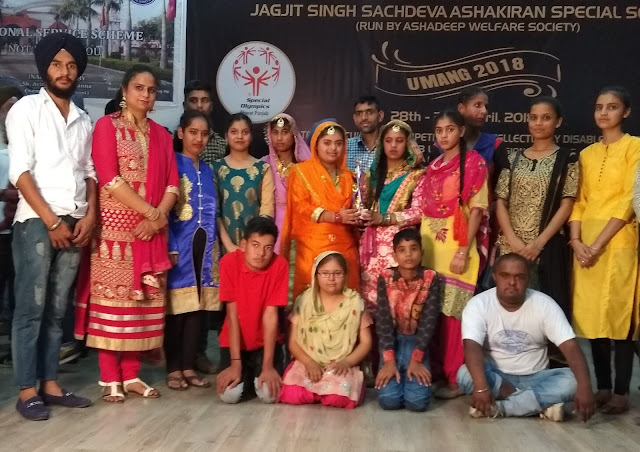 AMK has won the Overall Championship Trophy for the third year running, at the Punjab State Cultural Competition. With over 300 participants from 26 special schools of Punjab, a delegation of 17 AMK members participated in the 'Umang' competition (13 students + 04 teachers) which was organised by Special Olympics Bharat.
AMK students brought home many prize ribbons, and the team was awarded a cash prize of Rs. 15000/- for winning Overall Championship Trophy. 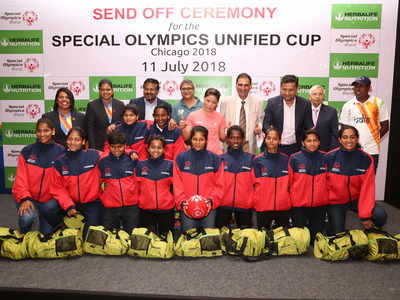 Ramandeep Kaur (first from the left - front row)
AMK athlete Ramandeep Kaur has been selected in the Indian Female Unified team to represent India at the Unified Football World Cup in Chicago USA, hosted by Special Olympics International who is celebrating 50years of the Special Olympics movement.
24 teams (16 male + 8 Female) from across the Globe will be participating in this World Cup, and Ramandeep is the only athlete selected from Punjab to participate in the event.  Athletes attended a send-off ceremony in Delhi with five times World Amateur Boxing Champion, Mary Kom, present to bid them farewell.
In special preparation for the tournament, AMK provided her with one-month regular training under an expert coach at the local academy with the support of the District Sports Department.
AMK students continue to excel in sports and participation at World and State Special Olympics events.
Tags: Education
0 Comment
← PREVIOUS BLOG
'BEST' Farmer Producer Company...
NEXT BLOG →
Converting 'Waste' into Liveli...