Efficiency Improved - Thanks to Female Recruits 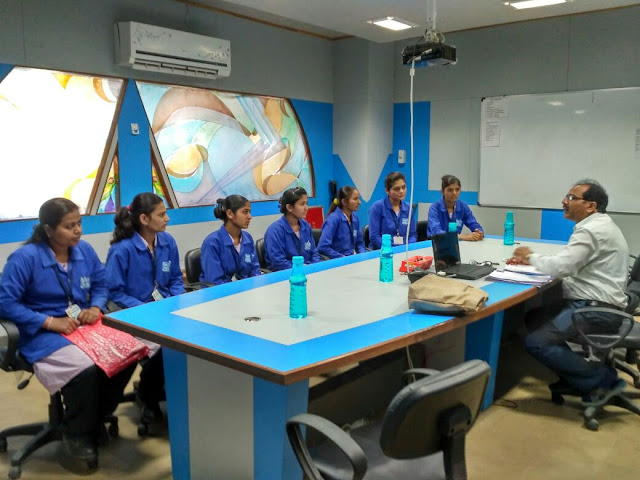 Changes are afoot at Jay Bharat Maruti Group in Gujarat. A manufacturer of automotive components, this giant has over 55 manufacturing plants globally. However, up until 2018, its factory in Vithalpur only recruited men - after all most of the work involves hard labour.

But there were many areas in the production line, where physical strength was not a requirement, and it was here that the team at ACF's SEDI in Kodinar saw an opportunity.

Why not recruit women in the area of 'quality control?' The team at Kodinar got to work and approached the company to take on SEDI graduates from its Technical and Non- Technical courses (including Machine Operating, Fitting & Fabrication, Welders, Electrician and Electronics.)

Whilst Jay Bharat Maruti Group thought it a good idea, there were, in fact, a number of logistical hurdles to tackle. One of the reasons no female workers were recruited was due to limitations in available washrooms and changing rooms to accommodate female staff.

But ACF highlighted the fact that their investment in creating this infrastructure would be returned through the efficiency and quality of work performed by their graduates. Accepting the challenge, the company seized the opportunity and 22 girls were employed at the Vithalpur plant - to make the investment in infrastructure viable.

A few girls were placed in the quality control department and the rest in robotic machinery operations. And the company never regretted its decision! The Human Resource Team saw a dramatic change as the girls proved to be sincere employees, well-disciplined - resulting in increased production rates compared to the previous numbers. They were reporting on faulty machines more swiftly than male staff which meant less time consumption on the overall production line.

SEDI Kodinar has now been approached by JBM Group for more female recruits at their plants. So far, over 63 girls have been recruited by Jay Bharat Maruti Group with help and support from SEDI, Kodinar.

But wait - there's more! This initiative has led to the JBM Group setting up a skill training center at Vithalapur, Gujarat to provide programs in welding and machine operations for its employees - all trained by ACF's SEDI staff.
Tags: Skills
0 Comment
← PREVIOUS BLOG
Celebrating International Wome...
NEXT BLOG →
'TOILET – EK KATHA' of Women...