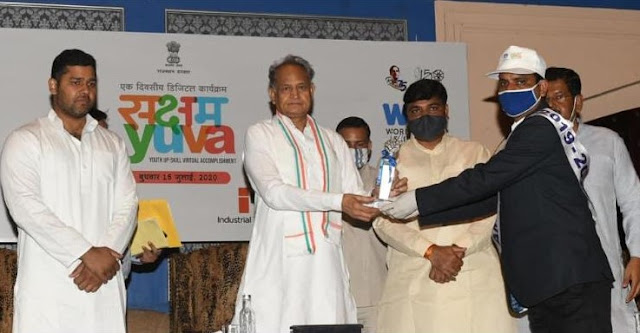 Ramesh and Nitu, both ex-trainees of SEDI Rajasthan have been conferred with the Skill Ambassador Award and the Skill Icon award, respectively. They were felicitated by Hon. Chief Minister of Rajasthan - Shri Ashok Gehlot, Hon. Minister of Skill Development - Shri Ashok Chandan and Hon. Health Minister - Shri Tikaram Jully. Trainees from ACF SEDI have secured the highest number of Skill Icon and Skill Ambassador awards in Rajasthan which was lauded by the Chief Minister and other dignitaries.

Ramesh hails from Nagaur district and is a field technician. He comes from a low-income group forcing him to drop out of education and take up menial jobs. He worked as an assistant in an electrical shop earning a meager Rs. 1800 per month in 2008 and even after 10 years was earning only Rs. 10,000 per month. Unhappy with his work, he found hope in the RSDLC courses and enrolled for the Field Technician - Other Home Appliances course. He dedicated his focus towards the course and faithfully attended all classes. With counseling he got motivated and started his own enterprise. He progressed quickly & was soon able to employ 3 more ex-trainees into his business. "There were times where I wasn't sure if I would be able to afford a meal in the evening or not, but after completing the course and starting my own business, my life has prospered," says Ramesh. Today Ramesh earns a decent income of Rs. 75,000 per month.

Nitu is based in Jhujhunu & hails from a lower income group. Despite never receiving support from her family or her in-laws, Nitu still managed to complete her studies, paid the fees with her own money, and started looking for work. The pressure was immense as she also had responsibilities at home, including taking care of her two children. Unable to secure a job, she came across SEDI at a mobilization event in the market area where she got to know about the courses and future employment opportunities. Helping her husband understand about the possibility of an improved standard of living and better education for her children, Nitu enrolled in the hospitality course at SEDI Chirawa. However, with still no support, Nitu chose career over family. 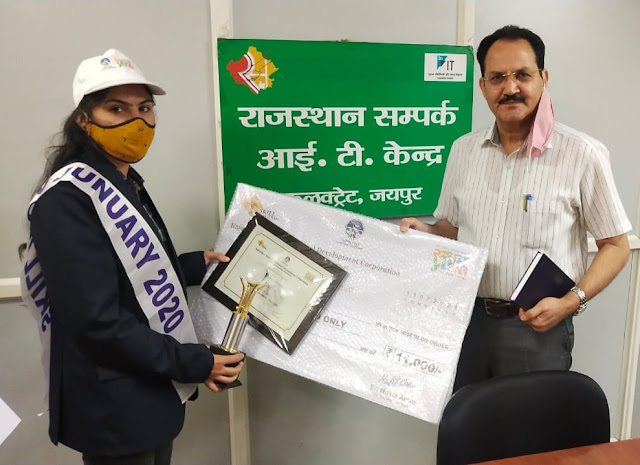 Nitu was always interested in Hospitality and after the course, she underwent job training at a leading hotel in Jaipur in the housekeeping department. Upon completion, she received many offers and was able to move from one leading hotel to another earning higher salaries as she moved. "I have learned a lot from SEDI including speaking skills, confidence and a positive attitude. Today, though I am a single mother, I can pay my children's school fees and still have financial stability," says Nitu. Always having wanted to work at the Hilton Hotel in Jaipur, today her dream has been fulfilled. Nitu works as a housekeeping executive in the hotel for Rs. 27,000 per month along with free food and accommodation.

Ramesh & Nitu are just 2 among the 65,000 lives that SEDI has changed since its initiation and hopes to change the lives of many more. Incidentally, this is the 4th consecutive time that a trainee from SEDI Chirawa has received a Skill Icon Award.