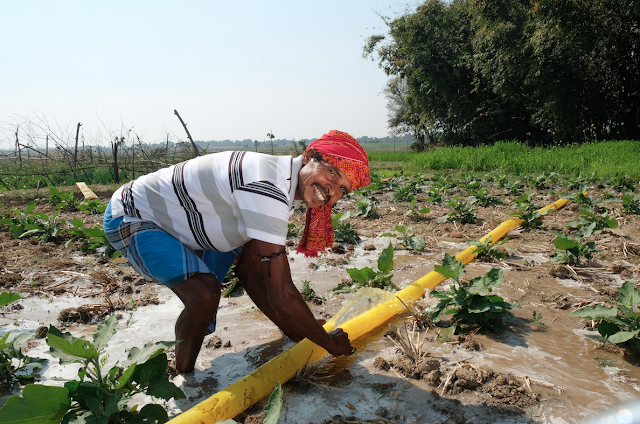 In 2017 the Central Government launched an initiative to 'double farmer incomes' as a key way of tackling widespread poverty and resultant farmer suicides across the nation.
The bold strategy highlights seven key areas for improvement in farmer income which ACF also believes provide the key to improving the livelihoods of farmers.  In fact, ACF has been driving initiatives across each of these seven areas as part of its extensive Agriculture Programme for many years now, and seeing tangible results.
According to NITI AYOG, 'strong measures are needed to harness all possible sources of growth in farmers income both within, as well as outside, the agricultural sector.'  These major sources of growth include the following focus areas, which have formed a key part of ACF's strategy.
·       Increase in productivity of crops - ACF has been working with farmers by organising them into Farmer Learner Groups and educating them on the latest agricultural techniques and scientific approaches to enhance crop productivity. Working with experts and training Agriculture Extension Officers, ACF has been helping increase yields across a variety of crops.
·       Increase in production of Livestock - A key source of alternative livelihoods has been via Goat Based Livelihoods (GBL) and ACF has been vigorously promoting GBL among women and communities as a key way to boost household income.
·       Improvement in efficiency of input use (cost savings) - ACF has been helping form Farmer Federations and a key initiative of these groups is to reduce input usage and cost by setting up farmer malls where inputs are procured in bulk for reduced prices & higher quality. Better advice on application is being provided by trained Extension Officers.
·       Increase in Cropping Intensity - With many farmers relying on erratic rainfall to water crops, many resort to mono-cropping and often produce just 1 crop per year.  ACF educates farmers on relevant crop rotation to optimise soil health, expand intensity to 2-3 crops per year and increase yields and incomes as a result.
·       Diversification towards high value crops - ACF conducts widespread research into markets and fluctuations and identifies opportunities for farmers to invest in growing high value crops, diversifying from mere paddy and maize to vegetables, wadi and other crops.
·       Improved price realisation for farmers - Working with large numbers of farmers enables ACF to help them realise better prices for their produce and cut out middlemen who absorb much of the profit.  ACF helped farmers from Somnath Farmers Federation in Gujarat sell their cotton directly on the MCX delivering direct, increased profits to farmers. It is also helping Farmers Federation in Roorkee to value add produce to create a retail line of products for direct sale to strategic markets.
·       Shift of cultivators to non-farm jobs - ACF promotes its Skill & Entrepreneurship Development Institutes to the youth of farming families in rural communities to help diversify family income away from solely practicing agriculture and helping build viable careers, livelihoods and futures for these underprivileged youth.
The need for a Government strategy of this kind emerged after widespread farmer suicides across the country, drawing attention to the dire need of farmers.
In the past, national strategy for development of the agricultural sector in India has focused primarily on raising agricultural output and improving food security.  This strategy paid dividends and the country was able to address severe food shortages that emerged during the mid-1960's. During the last half a century, since the adoption of the 'green revolution' India's food production has multiplied 3.7 times while the population has increased 2.55 times. The net result has been a 45% increase in per person food production, which has made India not only food self-sufficient at an aggregate level, but also a net food exporting country.
However this strategy did not explicitly recognise the need to raise farmers' income and didn't mention any direct measure to promote farmer welfare.  History highlights that despite increased output, many farmers' incomes did not increase much. The NSSO data on Consumption Expenditure Survey for year 2011-112 reveals that more than one fifth of rural households with self-employment in agricultural as their principal occupation, were having income less than the poverty line. 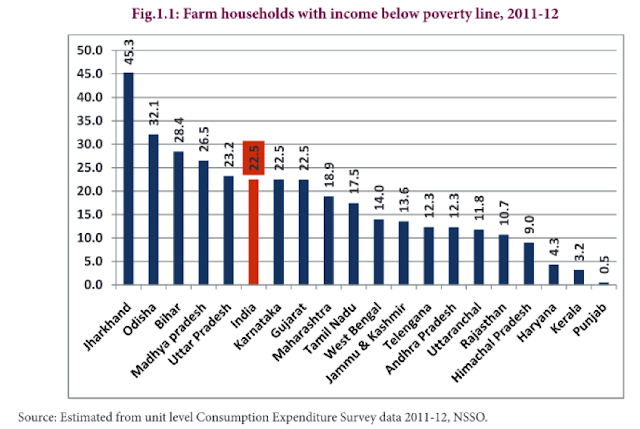 ACF's needs assessments in its vast rural communities corroborated the same findings and it was these low levels of livelihoods that formed the basis of its strategy - livelihoods and prosperity.
"We found that if we were able to influence and improve the livelihood of the people in our rural villages, there was a ripple effect across other indicators - health levels increased, money was invested in education, businesses expanded."  said Pearl Tiwari, CEO of Ambuja Cement Foundation.
"With agriculture forming the basis of most household incomes in rural communities, Agriculture has become our biggest programme vertical and investment - and we are seeing that investment pay dividends in the impact we are seeing in the families and communities with which we work" she said.
"We are proud to be playing our part in helping the government achieve its target of doubling farmer incomes by 2022 and hope to exponentially scale our agricultural programme so that our proven approach and programmes can reach even more needy rural families and farmers." She said.