Case Study: Leena Sahu inspires 60 other youth to skill themselves 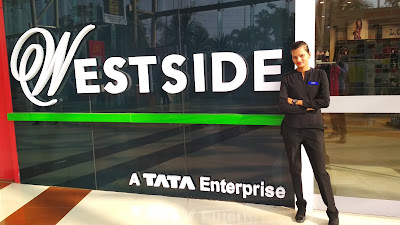 When Leena first joined SEDI, she was the only person from her village, Hathbandh to do so. Ridiculing her, the neighbours made fun of her efforts - "Look at her attending an institute that promises a job after just 3 months of training!" they would laugh. But she was quietly confident that her time at ACF's Skill & Entrepreneurship Development Institute would soon deliver results.

And that it did. After just 3 months training in Retail Management, Leena scored a dynamic job at Westside in the Magneto Mall, Raipur as a retail assistant - earning Rs.12,000 per month. People in the community were shocked and slowly began asking questions. "What institute did you study at again? How did you get the job?" Not holding any grudges, Leena opened up about her time at SEDI and shared her experiences. She told them about the different trades people could study, like Retail Management, Hotel Management, Electrician, Beautician and Mason training. And the support provided in securing jobs post training.

Gradually, people from the village started to signup for training. Pursuing a variety of trades, 5, then 10, then 20, 40 and 60 young people followed suit - one by one following in Leena's brave footsteps and moving forward towards developing a career.

With her father driving a truck for a living, Leena has been able to support her family in various family functions and obligations, including making some small investments for the future.

"Whenever the facilitators of my SEDI call me to get feedback, they tell me that many people from my village have come to SEDI after my training. Whenever I go back to my village and see the different jobs and career paths taken, at that moment I feel proud of myself and of SEDI." she said.

- 60 students inspired by Leena to be SEDI gradutes 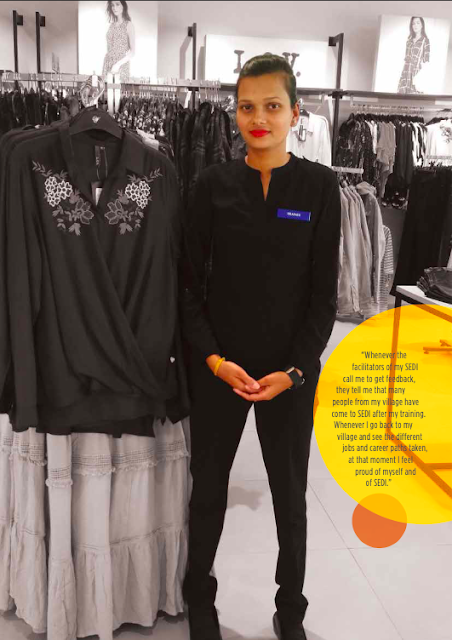