On 20th May'2020, the eastern part of India, especially Kolkata and its surrounding 5 districts (East Midnapore, North 24 Parganas, South 24 Parganas, Howrah and Hooghly), was devastated by a powerful cyclone named AMPHAN. With speeds of 140- 160 kmph and heavy rainfall, many lives were lost and several injured. Trees were uprooted and houses destroyed by nature's fury. Electricity and telephone lines were brought down and houses flattened. Thousands of both Kuccha (non-concrete) houses and old Pucca (concrete) houses were also badly damaged.

The cyclone has had a huge impact on the villagers, especially the poorest of the poor who are dependent on daily wage labour work. Already, the nationwide lockdown had hit them the hardest with little or no access basic supplies.Now they have been hit even harder in the aftermath of the cyclone. Due to the storm, the sheds of many of their houses, made of tin or mud tiles, were blown away. The villages had no electricity connection for 15 days. There was also water logging in many areas which increased the chances of infectious and water borne diseases.
Realising the need for prompt action, Ambuja Cement Foundation committed its support to the surrounding village communities. 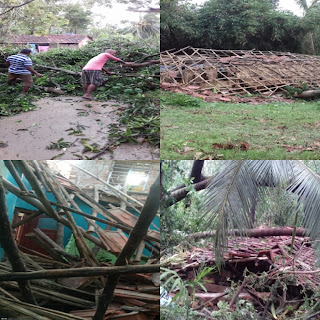 Awareness:
Prior to the cyclone itself, ACF had sent caution messages to the farmers. 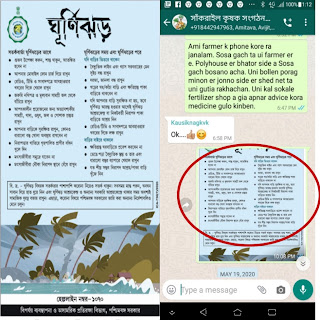 Relief Work post Cyclone:
Post the cyclone, ACF immediately distributed 500 tarpaulin sheets and 500 bamboos to affected villagers whose temporary roofs were blown away due to the cyclone. These tarpaulin sheets gave them protection against exposure to external weather conditions. 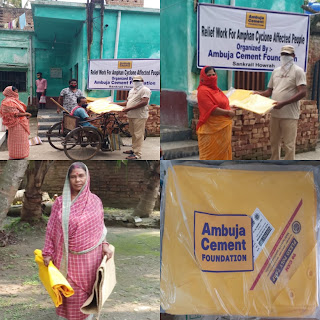 As electricity was disconnected for days, 100 Solar lights and 400 candles with match boxes were distributed in the villages for use at night. This also helped the villages protect themselves from snakes and other deadly creatures, active in the water logged conditions. 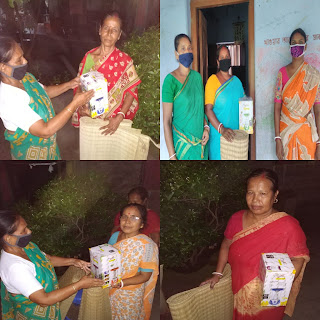 500 mattresses were also distributed to villagers whose households were completely destroyed. 10 Bags of bleaching powder were also sprinkled in these areas to avoid water borne and vector borne diseases.Along with physical support, ACF is also trying to counsel the villagers to overcome the mental trauma they underwent by losing their property and investments in the cyclone. 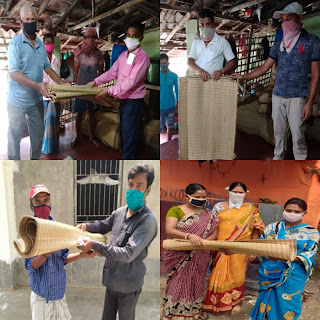 Distribution of Ration:
Lower income group families, mostly dependent on daily wage labour work, were severely impacted by the storm. Many daily wagers had no food or no money to buy food. Responding to the  situation, ACF distributed 1000 kgs. of rice and 500 kgs. of potatoes to 200 poor families in the surrounding 2 Gram Panchayats. 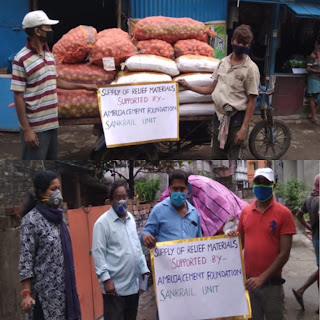 Support to the Farmers Community:
Cyclone Amphan devastated different small and big structures built for agricultural purposes, mainly for vegetable cultivation. Thousands of structures like scaffolding, rain shelters, poly tunnels, poly houses, beetle leaf vines were destroyed. Vegetables in the field were also destroyed due to water logging . Fish stocked in the ponds escaped as ponds overflowed. Moreover, harvested paddy, which was lying in the field, also got destroyed. 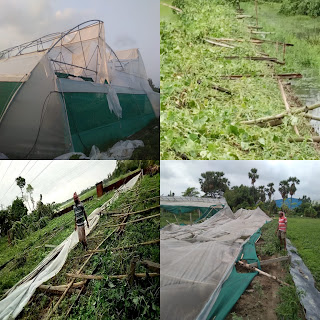 ACF has extended support to 150 farmers at Rs. 700/- per farmer, in collaboration with NABARD to repair destroyed scaffolding structures . Further identification of beneficiaries is in process. It is also regularly coordinating with Horticulture department to mobilise support for poly houses & loans for farmers who have suffered major damages. In addition, it has also extended Rs. 2000/- as support to 51 Self Help Group members (who are engaged in Goat & Poultry rearing) to repair and construct Goat and Poultry sheds under NABARD sponsored Goat & Poultry based Livelihood Project. 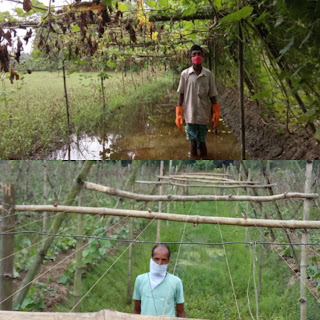 Way Forward:
The cyclone has not only damaged assets, property and physical structure but has also created a strong psychological impression on the farmers. Their morale has taken a beating and stress is high. Most of the beneficiaries are hesitant to invest in anything new. ACF continues to play a crucial role in counseling and supporting these farmers to overcome this unprecedented and difficult situation. ACF's support to the community in these times, is in fact, helping build stronger relationships in the community.
0 Comment
← PREVIOUS BLOG
'Enabling People & Prosper...
NEXT BLOG →
Rajasthan SEDI Cluster places ...