Diagnosis & Treatment Helps Fight the Scourge of Diabetes & Other NCDs

At the ripe old age of 80, Sonubai Haridas Pote still manages the household and supports her husband in farming. But her ability had been hindered since the advent of Diabetes and Hypertension 6 years ago, and for the last 2 years had found it difficult to visit the hospital for her routine treatment.
Without regular treatment and medicines, Sonubai's blood pressure spiked abnormally, putting her at high risk of death. In fact, 62% of all deaths in India (or a staggering 6.4 million deaths), can be attributed to Non-Communicable Diseases.
Recognising the rise of Non-Communicable Diseases (NCD) in rural areas, ACF launched interventions for NCDs in 2016, harnessing the power of their community Sakhis, who form the backbone of the program.
As part of the NCD outreach to households in Isapur, when a Sakhi checked Sonubai's BMI, she found it to be abnormal. On further investigation, it was discovered that her BP was 150/70 while her sugar was at 130. Concerned, the Sakhi convinced Sonubai to visit the Government hospital which verified the readings and put her on a treatment schedule.
Back from the hospital, the Sakhi suggested that Sonubai make some changes in her diet and motivated her to take regular walks in the mornings and evenings. Wanting to live a fuller life, Sonubai listened and decided to make changes to her lifestyle.
Today, Sonubai is a much healthier, and happier lady. Her BP has gone down to 130/70 and her sugar levels are at 93. She doesn't drink tea and avoids sweets altogether. In her opinion, getting doorstep services for Diabetes and Hypertension has been a life saver for the entire village as it avoids unnecessary medical expenditure and hospital visits.
ACF's NCD program commenced with just 48 villages, 7069 households and a population of 31553 adults above 30 years. Within 2 years itself, the program has now expanded to 4 states, 101 villages, 18464 households and a population of 97960 adults. 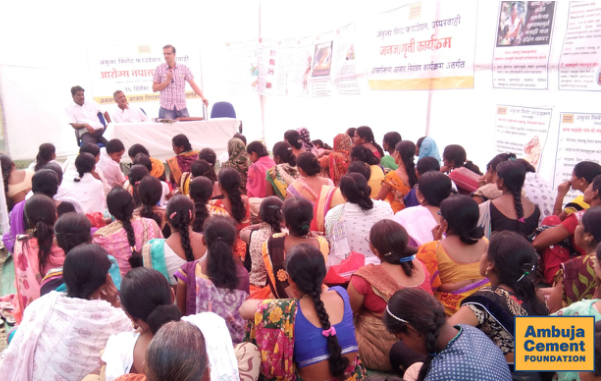