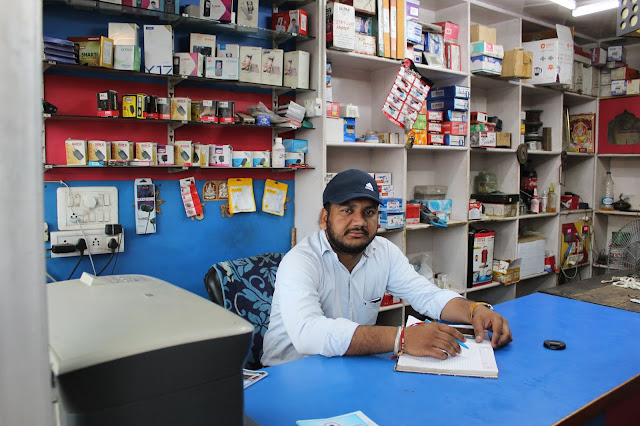 Never in his wildest dreams did Paramjit Singh imagine he would be the owner of multiple businesses and employ 25 people.
It wasn't so long ago that his family faced deep financial turmoil.  Paramjit's mother was suffering from a serious liver disease and the family borrowed heavily and spent all their savings - spending Rs. 16 lakhs on treatment, only to see their mother pass away soon after.
Having dropped out of 12th standard during this time, Paramjit was struggling to know what to do.  As fate would have it, he chanced upon one of Skill & Entrepreneurship Development Institute's (SEDI') community mobilisers in his village and got to know about its courses. He took great interest in the electrician trade and quickly took admission.
During his course Paramjit worked hard and soon after also completed his Secondary School Certificate. He was particularly interested in starting his own enterprise, and on his graduation he took the risk and opened a small electrical shop at Chokiwal with the name of Saini Electricals.
Starting with a modest shop and service offering, he grew exponentially and soon saw another opportunity. There was a need in his local community for a DJ service, tent house and catering for various events. He took the plunge, taking a 10 lakhs loan under the Mudra Scheme to expand his business and open another shop - D.J. Saini light and Tent House in front of his other shop.
He worked hard to grow the business and pay the interest on his loan. Today he employs 20-25 workers as per the need and his average monthly income is Rs.40,000 per month - a sum that increases during peak seasons.
He is the true epitome of hard work and commitment - it is a delight to see his shrewd business acumen transform him into a successful multiple entrepreneur.