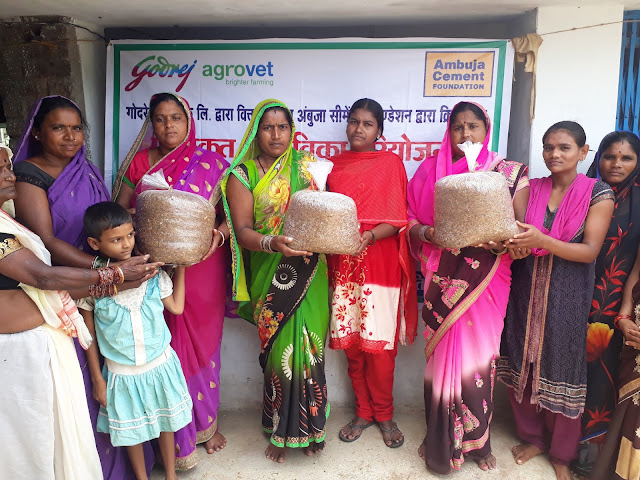 Godrej Agrovet Limited (GAVL) is a diversified, research and development focused agri-business company, dedicated to improving the productivity of Indian farmers through innovative products and services. The company has a poultry feed plant at Raipur District (Chattisgarh) and under its CSR activities, engaged ACF in March 2018, to implement an Integrated Livelihood Development programme in 5 villages in proximity to their plant. The main goal of the project was doubling farmer incomes and uplifting their standard of living. Under the integrated program we have initiated several activities via improved agriculture practices, livestock management, formation of SHG's and introducing mushroom and vegetable cultivation as supplementary sources of income.
Agriculture is the primary occupation for 80% of the population in the project villages. Prior to project commencement, agriculture was almost entirely rain fed, and dependent on a single crop per year. The system of  paddy cultivation being used was inefficient resulting in very poor crop  yields in many areas (averaging 6 quintals per acres) as compared to state averages of 8-12 quintals per acre. Poor yields and erratic monsoon season over the past 3 years, had pushed the farming families deeper into poverty. ACF implemented System of Rice Intensification (SRI) as an appropriate practice to produce higher yield with cost effective inputs. Farmers were provided in-house and on-field trainings on SRI and supported with high yielding seeds and quality inputs. The results of implementing SRI in year 1 of the project, have far surpassed expectations, with the average yield for SRI farms  now at 20 quintals per acre, almost twice the district average.
Livestock rearing plays a major role in the rural economy and can well be the path out of poverty for women, landless agriculture laborer's and marginal  farmers. A preliminary  assessment of goat management practices in this region revealed that only 17.53% goat keepers accessed veterinary services for their herd, leading to high mortality rates among their goats. Over the past year ACF conducted 19 health camps with the help of the local veterinary department to provide deworming, vaccination and health supplements whilst creating awareness around new fodder management practices through village level discussions. 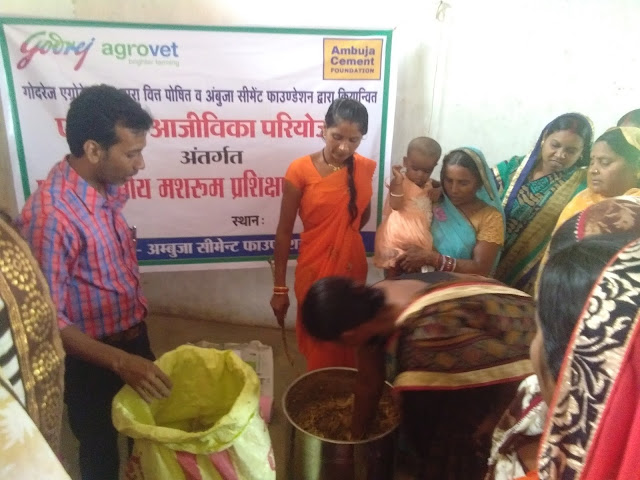 SHGs are an important lever of economic and social empowerment of women, making it imperative to invest in their human capital through training and capacity building measures. ACF provided leadership training to 4 of the 32 existing SHG's with a plan to scale to almost all groups during the project period.  Select SHG members have also been trained in Mushroom cultivation, and the first harvest has already been completed. ACF also  promoted kitchen gardening across 100 households not only as a means of supplementary income but also to enhance nutritional value of the food being consumed. These households have been provided mini-kits of good quality fruit and vegetable seeds, training on improved techniques of cultivation and plant maintenance as also sensitization on including vegetables in their diet and cooking techniques that preserve the nutritional value of foods.
It's been little over a year into the project partnership and over the next couple of years the project plans to scale SRI to cover more farmers, as well as enhance productivity of wheat and mustard crops through a package of quality inputs, micro irrigation and cultivation techniques. Commercial vegetable cultivation,  goat based and poultry based micro enterprises will also be promoted on a larger scale. In addition to livelihood issues, the project is also tackling the scarcity of potable drinking water through recharge of existing water resources and promotion of rooftop rainwater harvesting systems. 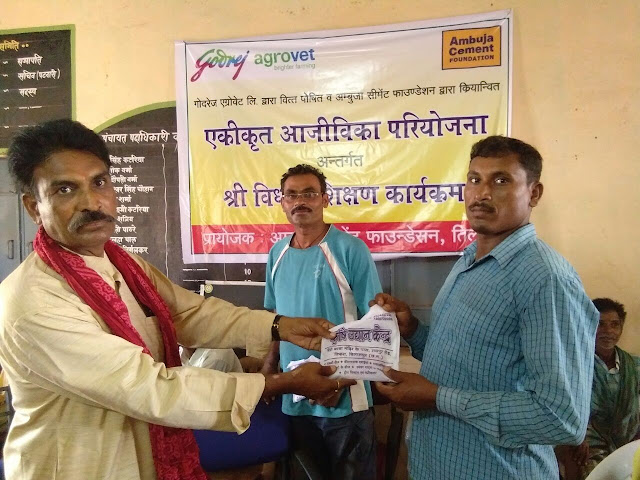