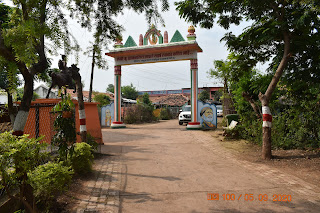 On 29th April, 2017,Mangi Budruk village was declared a Smart Village and awarded a cash prize of Rs 10 lakh by the Govt of Maharashtra. Yet a little over a decade ago, barely 10 of its 234 households even had a toilet. With a population of less than a 1000, Mangi Bk was considered too small to have its own Gram Panchayat, having to group with neighbouring villages to form a group panchayat. The nearest medical facilities, railway station and post office were 15-25 km away. The village housed one small primary school up to 4th grade. Without a motorable road into the village, people had to walk 5-8 kms on foot to get to the highway to access any mode of transportation. This meant that if anyone aspired to study beyond the 4thgrade or consult a doctor for a stomach ache - they would have to travel a distance of over 30 kms., largely on foot, or on a cycle if they were fortunate enough to own one.

How then, does such a village, comprising of largely a tribal and Banjara population, tucked deep into the interiors of Maharashtra, become a Smart Village?

Ambuja Cement Foundation (ACF), first started working with the people of Mangi in 2001. The focus was on addressing the most pressing needs of the village - the complete lack of medical care, water poverty, poor farm productivity, malnutrition, alcohol addiction, open defecation and the deplorable lack of cleanliness and sanitation. But in working with the community, we saw that the community had a culture of dependence and expectation -  little to no involvement from the local community. And we knew that this was the root of the problem - unless the community was involved in a big way, little would change on the ground. Moreover, none of our efforts would endure.

In 2012 (two years prior to the launch of the Swachh Bharat Abhiyaan), ACF initiated a Community Led Total Sanitation (CLTS) program. A Village Development Committee (VDC)` was formed, which included community members and Gram Sevaks to take the lead on the program. One of our first activities was to take the VDC members on exposure visits to 'Model villages" like Hiware Bazaar and the like, which proved to be an 'eye opener for the local community and a pivotal moment in Mangi's journey to becoming 'Smart'. Never in their wildest dreams had they dreamt that a village could be so clean and self-sufficient. With the assurance of ACF's complete support and involvement, the VDC members were determined, energised and motivated to develop a vision for Mangi to be held up as an example of development.

The burning  question that remained to be addressed- How do we fund this development? The Group Panchayat negated any  contribution or support citing a lack of funds.  Whilst ACF was committed to supporting the community, we were also very clear, that to ensure sustainability, the VDC needed to play a leadership role in raising the funds. The VDC was thus tasked with raising the funds for the program, toward which the villagers gladly contributed- even the  few hundred rupees and mostly through Shram Daan. A social audit conducted by us, helped the Gram Panchayat and VDC  learn how they could improve their financial position as well as access the available government schemes. This exercise proved very valuable. It helped the Panchayat  recognise  need to work in collaboration with, and wholeheartedly support the VDC, if they had any chance at achieving  their smart village vision.

Work together they indeed did. And with much success ! By 2014, 90% of the households had a working toilet. The success of the CLTS program soon caught the eye of the Block Development Officer and other Government officials and in 2013 Mangi Bk. won the Santh Gadgebaba Gram Swachhata Puraskar with a cash award of Rs. 25,000 for being the cleanest village in the Rajura Block. In the same year, they won the District level second prize Sant Gadgebaba Gram Swachhata Puraskar in Chandrapur winning an additional Rs. 3 lakh prize.

Buoyed by these achievements and understanding that anything could be achieved if the community worked together, the village community swore to continue the development momentum. But then hubris struck!  The VDC members were caught up with assuming power in the local panchayat elections, which they fought unsuccessfully. Development work came to a complete stand still and over the next 2 years there was widespread skepticism about the process of development being followed.

In the meantime, other adjoining villages, motivated by the example of Mangi, were fast gaining momentum towards 'Smart Village' status[1]. This irony wasn't lost on the VDC and the realisation of having being left behind, brought a renewed energy and determination to get things back on track. 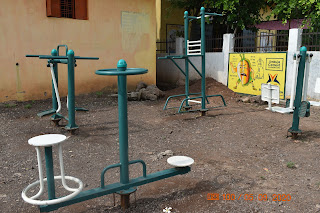 The stalled development works were resumed with financial support through various government schemes, ACF and the contributions of the villagers themselves. Mangi soon achieved 100% toilet coverage and Open Defecation Free status. Buoyed by these accomplishments they forged ahead on a variety of other projects, with support from ACF: 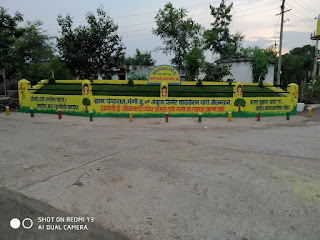 Mangi is also free of alcohol and tobacco usage, and the panchayat, that previously had a development budget of under 5 lacs, is now managing development work of over Rs 80 lakhs.

Today Mangi is not just a smart village. It is held up as an example of the participatory approach to development; of what even a 'backward' community can achieve if they take initiative and leadership on their development issues and work together collaboratively with all stakeholders.

Mangi Budruk's next goal?  Achieve Model village status under the Sansad Adarsh Gram Yojana!  We wish them every success â€¦

[1] The concept of smart villages, derived from Mahatma Gandhi's vision of Adarsh Gram (Ideal Village) and Swaraj (Self Reliance), was introduced by the Central government in 2016, with an aim to upgrade 300 villages under the Shyama Prasad Mukherji R-Urban Mission. Under this mission, the government aims to provide social, economic and infrastructural development in rural areas that will make these villages smart growth centres. A typical village can be transformed into a "Smart" village by upgrading the Infrastructure and incorporating information and communication technology to provide metrics that enable all aspects of a village to be tracked and improved. To further boost the plan, the government later introduced the Sansad Adarsh Gram Yojana, which aims at integrated development of the select cluster of villages. Under this scheme, each Parliamentarian has to adopt a village and transform it into a model village.