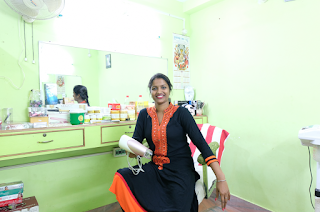 Women's role in India has typically been limited to 'the home' thanks to a patriarchal society and a 'permission culture' which, according to an IDHS survey, sees 79.9% of women having to ask for permission from a male family member to seek medical care, and 58% of women reporting that they needed permission to visit the local kirana (grocery store)

It's time to change the role and perception of women in India as mere 'home-makers' and enable them to realise their full potential not only as family breadwinners, but as family and community leaders and role models.

With over 25 years of experience in Women's Empowerment and Skill Training, ACF has empowered thousands of girls and women with practical skills to earn a livelihood.  Via their Skill & Entrepreneurship Development Institutes, girls have become primary income earners in their families, have started their own businesses and are forging careers in their local or nearby communities.  And by drawing women out of their homes to participate - in Self Help Groups, as health care providers in the community or as local leaders, they are opening the door to a support network and livelihood opportunities.

Across ACF's 33 Skill & Entrepreneurship Development Institutes in 11 States, girls are emerging as breadwinners in their family as they gain employable skills and forge careers in their local communities. Gender stereotypes are also being shattered as SEDI proves 'girls can do anything' - with many girls training in traditionally male oriented trades like welding, electrician and fitter/fabrication.

Many girls are emerging as role models in their family and community, as they learn, earn and even become entrepreneurs.  Girls such as:

·       Bucking Gender Stereotypes to Learn Fitter Fabrication - Sapna Chand:When her brother lost his job at the start of the pandemic, Sapna plucked up the courage to take a 3 month course in Fitter Fabrication at SEDI in order to help the family.  After graduation, she is the sole breadwinner of her family earning Rs9000 per month as a Machine Operator in a lucrative company.

·       Inspires 60 Youth from her Village to Study Skills - Leena Sahu: who was mocked by her community for thinking she could learn 'retail at SEDI' and gain a job within 3 months, but became a local role model when she got a job at Westside earning Rs12,000 per month and went on to encourage 60 youth from her village to train at SEDI.

·       Mobile Phone Repair Entrepreneur - Monira Khatun: After the death of her father, Monira stepped up to take responsibility of her household and became the first female entrepreneur in the male dominated 'Mobile Phone Technician' trade.  Thanks to her own Mobile phone Repair Shop 'Maa Xerox & Repair, Monira earns 10,000Rs per month. 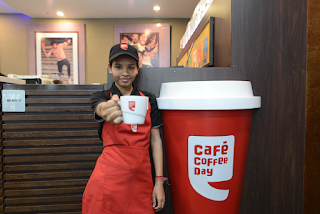 While certain development indicators show the quality of life of women improving - maternal mortality rates declining; literacy rates increasing; more women gaining access to healthcare and education - the contribution of women to India's GDP is only 18 percent, one of the lowest proportions in the world, reflecting the fact that only 25 percent of India's labour force is female.

There are many barriers to their participation in the economy.  Cultural attitudes towards women's economic independence - largely patriarchal structures and daunting social norms - govern communities and households in much of India.  They suffer 'Time Poverty' as they bear disproportionate responsibility for unpaid care and domestic work.  In fact, Indian women do the most unpaid care and domestic work of any country globally, except Kazakhstan.  As per Oxfam report, Mind the Gap- Women in India currently spend upto 352 minutes per day on domestic work, 577% more than men (52 minutes) and at least 40% more than women in South Africa and China.

But by encouraging participation of women in Self Help Groups and Women's Federations, and enabling them with key skills for income generation, enterprising rural women are drawing sustainable livelihoods from a diverse range of activities including milk production, goat and chick raring, knitting and a range of other IG ventures. Women like:

o   Income Doubles Through Chickens - Kuleshwari Verma from Rawan, Chattisgarh: Kuleshwari tarted poultry farming when her store, and her husband's Paan Shop, failed to produce profits. Belonging to the Vadana Self-Help Group, she learnt about chick-raring from ACF and decided to take a loan of Rs. 10,000 to build a structure in her courtyard for the enterprise. She took another loan from the ACF promoted Women's Federation to buy 500 chickens and within 4-5 months her monthly income jumped from Rs. 6,000 to Rs. 12,000.

o   Kitchen Garden Turns into Profit Making Enterprise - Sarabjit Kaur from Lodhimajra, Punjab:  Sarabjit started kitchen gardening in her own backyard and sold the vegetables in the local markets. Upon receiving training from ACF on kitchen gardening, she along with 356 women from the surrounding villages are using their backyards to grow vegetables - earning almost Rs. 12,000 for their home-grown produce.

o   Pivoting from Clothes to Masks to Survive Lockdown - Sumitra Devi from Marwa Mundwa, Rajasthan: Sumitra had her own stitching shop but had to close due to the country wide lockdown. Since the local municipality had approached ACF to make face masks through self-help groups, Shri Ganesh Women's Group was approached for this activity, of which Sumitra Devi was a member. The income earned from this activity helped her support her family during this pandemic. She continues to make more face masks and sells to the local chemist.


As such, girls and women who earn, are helping reduce the reliance of households on unstable farm incomes in rural India - becoming role models, community leaders and breaking down gender stereotypes in the process - with many SEDI girls learning traditional male oriented trades such as welding, fitter fabrication and mobile phone repair.

It is no longer just 'enough' to educate our girls, but we must go one step further and empower them with skills to earn a livelihood, contribute to their families, help them be 'seen' and 'respected' not only by their families, but by the broader community.