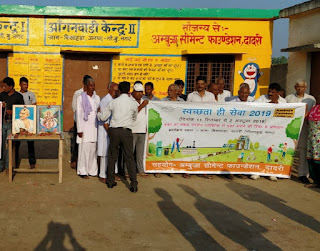 Swachhta Hi Seva, launched under the Swachh Bharat Mission, was announced by Prime Minister Narendra Modi and kickstarted a nationwide campaign in September to tackle plastic waste awareness and management. Many ACF locations took part in the campaign and promoted the negative impact of plastic on the environment.
As part of this campaign, SEDI Chirawa organized a Swachhata Hi Seva (Cleanliness) drive at the Centre. All Trainees and Trainers undertook cleanliness activities at the Centre premise, including classrooms, assembly area and other areas. In addition, a Fit India Plogging (combination of jogging with picking up litter) rally was organized, where trainees and trainers ran for 2 KM and collected plastics/garbage while running in order to promote the habit of fitness and cleanliness among all citizens. Plastic garbage was collected from homes, offices and streets along the path. Both events were inspired to promote the campaign to make the country a plastic-free nation and make our environment free from the single-use plastic. 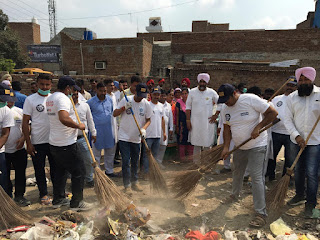 In Bathinda, an awareness and sensitization campaign was organized in the community with an 'Avoid Plastic Campaign' launched by the Municipal Corporation. ACF Bathinda along with 32 volunteers (employees of ACL) participated in this campaign. The campaign was organized in 10 locations with the Finance Minister of Punjab joining the drive and appreciating the efforts.
On the occasion of Gandhi Jayanti, the people of village Bisahara (Dadri) along with the Gram Panchayat and other Panchayat members took an oath to keep the village clean. The village head also assured to make the village polythene free. Similar interventions were also done in village Mohammedpur Panda (Haridwar)
In Chandrapur, the team carried out the campaign in their intervention villages in collaboration with the Geocycle Department of Maratha Cement Works, Upperwahi. Awareness programs were organized which included Street Plays, Awareness Sessions, Rallies and other activities.
Tags: Health
0 Comment
← PREVIOUS BLOG
Joy of Giving Week - ACF Launc...
NEXT BLOG →
ACF Celebrates ‘Hat-trick’...