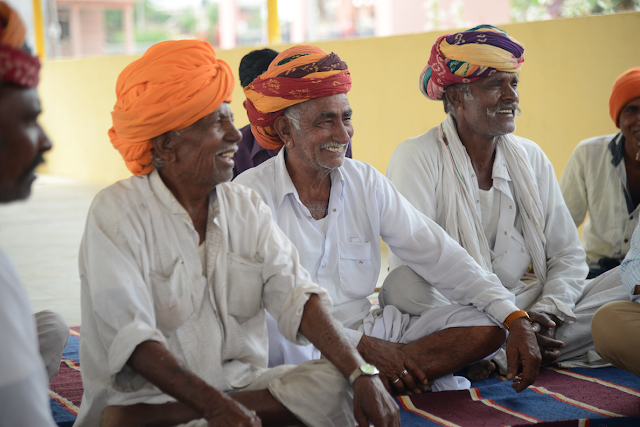 From time to time, the Central and State governments formulate several programmes for development. Nonetheless, the most important task is to ensure their last mile delivery to the intended beneficiaries. Governments are often not in a position to do that due to their limitations and have thus traditionally relied on NGOs in ensuring effective implementation of welfare schemes at the grassroot levels.
NGOs have deep grassroot connections and act as a crucial bridge between the government and the general population. NGOs also play a significant role as catalysts, understanding issues through the lens of various stakeholders - especially those whom government actions affect most - bringing those issues to the notice of the policymakers. It is a win-win-win situation in most of the cases. The government is able to complete its task. NGOs achieve their objective of reaching out to the most under-served with secured funding streams to support their work. End-users and target beneficiaries receive the facilities they so desire and desperately need.
At ACF we have long played that role of a trusted partner to the government, recognised for our strong implementation capabilities and last mile reach in some of the most underserved and remote rural pockets of the country. One such successful, and most recent partnership was established with the Rajasthan Agriculture Department, in 2017. The state government had, in the preceding years, launched several schemes administered by various government departments, to enhance the competitiveness of agriculture in the state.  There are four government departments providing support to this initiative i.e. Agriculture, Horticulture, Watershed and Animal Husbandry. Proper coordination between these departments was needed, to help the 'last man in the row' access the schemes.
Recognising this, as well as a general lack of scientific agriculture practices to be a major problem, the government launched a pilot project - The Rajasthan Agricultural Competitiveness Project (RACP) in 2013, with the aid of the World Bank. Under this pilot project, NGO's were appointed to sustainably increase agriculture productivity and farmer's income in selected locations of Rajasthan. ACF was selected as a partner in November 2017, to implement this pilot in the Ladunu block of Nagaur District. The objectives of the pilot were threefold.  Firstly, to establish the feasibility of increasing agricultural productivity and farmer's incomes through improved water use efficiency and reduced intensive cropping patterns. Secondly, increase private sector participation in the development of value chains in processing and marketing in support of the state agro-processing and agri-business policy.  Thirdly, improve public sector capacity in delivering agriculture support services.
In under 2 years since our involvement, we have successfully reached 3500 farmers delivering benefits to them valued at Rs 15.43 crores.  The results achieved in the short period are due to the key strategies adopted. At first, we established a transparent selection process as per the norms of RACP project, and in doing so, were able to gain the trust of the farmers, who readily participated in the project activities. A multi-tasking group was set up through which awareness and training was imparted to the farmers about various  government schemes and sustainable agriculture practises.
The farmers, having understood the benefits of sustainable agriculture have since wholeheartedly adopted the new practises.  Our dedicated teams on the ground, consisted of technical and community experts, ably supported by a core team established to coordinate this project at the higher levels within the government departments. A Farmer Producer Company has now been established at Ladnun with 510 shareholders, to assist farmers in negotiating better prices on inputs and establishing credit and market linkages.
"Effective implementation of the Government schemes are always create large scale impact to improve livelihoods, and social change in the community at large." Said Deputy General Manager Manoj Agarwal who leads the programmes in the region.  "We have been able to make a significant impact in the life of farmers by simply helping them to avail of these schemes in our area and further harnessing the engagement to help them improve their practices." He said.  "When everyone pitches in and plays a role (Sarka, Samaj ,Societies and Sansthaye) we can achieve a lot and reach so many more people." Manoj said.
The Rajasthan Government has since lauded ACF's efforts and results achieved in such a short span of time. Among many other partner NGOs in the project, ACF has crossed many mile stone and successfully recognized as best NGOs to implement this project in the state.
Tags: Prosperity,Enabling People
0 Comment
← PREVIOUS BLOG
IndusInd Bank Invests in Water...
NEXT BLOG →
ACF Trains & Places Disadvanta...