It's Raining Awards at ACF 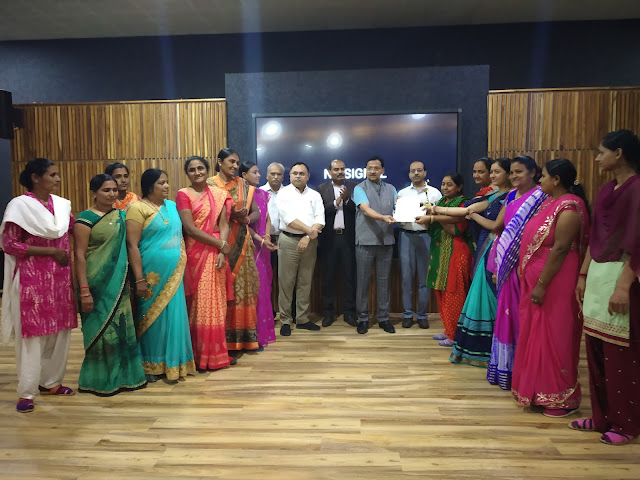 Sorath Mahila Vikas Sahakari Mandali win the Certificate of Excellence from NCDC
Ambuja Cement Foundation was awarded for its excellence by various different entities for the programs and initiatives that are currently in operation in the rural communities of India.

Certificate of Excellence from NCDC

The ACF promoted women's federation, Sorath Mahila Vikas Sahakari Mandali, in Kodinar (Gujarat) has once again been lauded for its successes - taking home a 'Certificate of Excellence' from the National Cooperative Development Corporation (NCDC) for their outstanding performance and contribution to Co-operative Development. The Sorath Mahila Vikas Mandali is a women federation at Kodinar with 6,175 members. Involved in multiple activities, from promoting income generation via groundnut procurement or garment making to facilitating enrollment for social insurance schemes, and taking up social issues such as treatment of widows and sexual harassment, the Federation has transformed the status of women in Kodinar. The Federation also received the prestigious Sandvik Gender Award in 2018, for its Internet Saathi program, which provides door to door e-literacy training to women in rural areas, which has reached out to more than 1 lakh women till date. 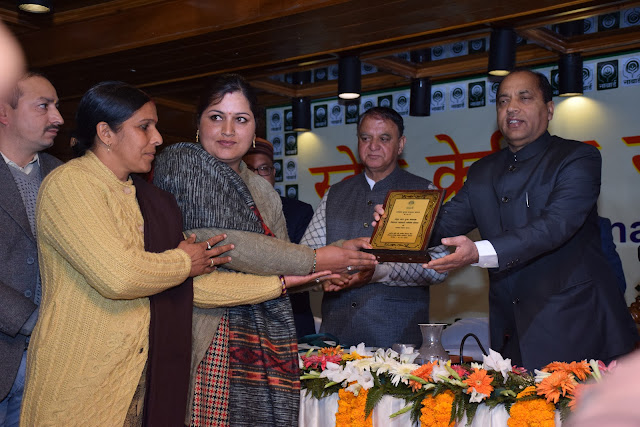 Amrit Dhara Milk Producers Marketing Cooperative Society Ltd (ADMPMCSL), Darlaghat, an ACF promoted Farmer Producer Organization (FPO), was also awarded the best-performing FPO in the state of Himachal Pradesh in January 2019. Established by Pashu Swasthya Sevikas from Darlaghat, to provide holistic cattle care services to local milk producers, ADMPMCSL was formally incorporated into a Farmer Producer Company with 137 all women members in 2016. The FPC collects 600 litres of milk per day and had a turnover of INR 33 Lakhs in 2017-18. 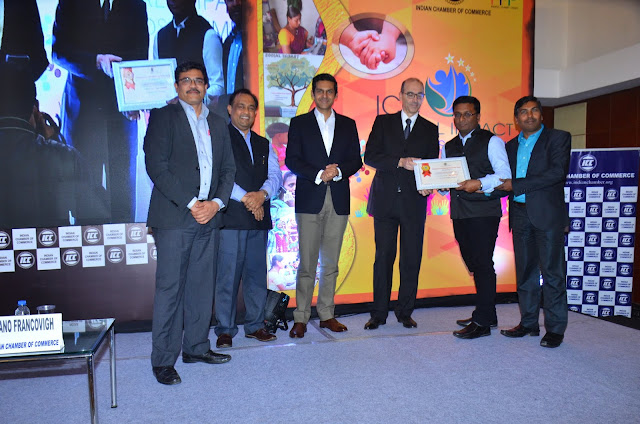 The Indian Chamber of Commerce, Kolkata felicitated ACF with the ICC Social Impact Award in recognition of ACF's efforts in providing employment-enhancing vocational skills. ACF provides rural youth with training and employment opportunities that help lift them and their families out of poverty. They work within the industry to identify skilling needs, find and support rural youth to obtain skills and meaningful and dignified employment opportunities. ACF was also recognized for its work mobilizing young women to join training for predominantly male-dominated trades like welding, electrical and security guard - also initiating skilling programs for differently abled youth. 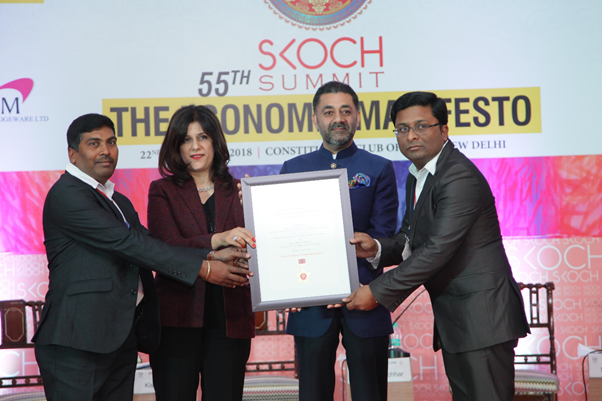 Ambuja Cement Foundation proudly received the 'Skoch Order of Merit' for qualifying as the 'Top Ranking Skill Development Project in India' under the Skill Development Category, at a ceremony in Delhi recently. The SKOCH Smart Governance Award Order of Merit is an initiative recognizing top performing government organizations and organizations working with the government, operating at local, state and national level in the area of Health, Education, Rural Development/Panchayati Raj, Urban Development and Finance, and Security. The award was bestowed on ACF's Skill & Entrepreneurship Development Institute in recognition of its efforts in skill building in Sankrail, West Bengal. 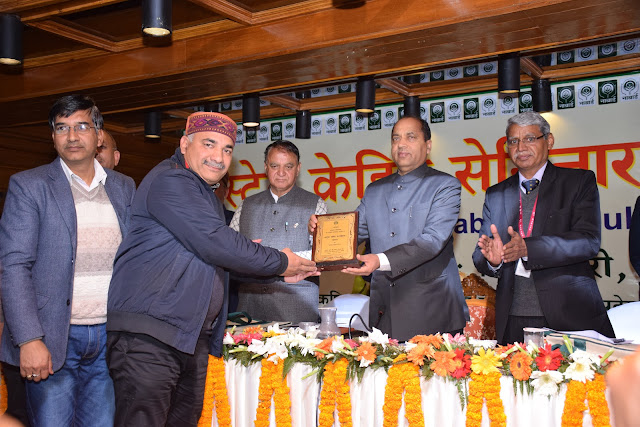 Ambuja Cement Foundation received an award for the Best Performing NGO in the state, for its Watershed Project in Darlaghat. ACF works on implementation of the Watershed Development Project at Darlaghat with 16,321 farmers over 3800 hectares. A Social Return on Investment (SROI) study on the Watershed Development Project at Darlaghat found that for every INR 1 Million invested, there has been a resultant social return of INR 8.4 Million. What started as an investment in one small watershed project in 2008 in Darlaghat, today has swelled to investment in 35 projects across 11 locations in the areas of Agriculture, Women, Water and Skills verticals - impacting almost 25,000 people.