Through a specially constituted Placement Preparedness Team , the SEDI cluster in Rajasthan has placed 500 of its former trainees with the mantra "SEDI Buildings are closed but SEDIs are not" On the eve of World Youth Skills Day 2020, ACF's Rajasthan cluster celebrated placing 500 SEDI (ACF's skilling centre) ex-trainees despite the nationwide lockdown. This is the first time in SEDI history that the team managed to achieve a quantitative outcome through a series of online placement partners' meetings.

The ongoing pandemic and lockdown has severely affected employment especially among the low-income groups. Many of SEDI's former students also returned to their villages in pitiable conditions. However, the situation did not deter SEDI from helping them secure fresh placements. With repeated follow-up calls, the former students were encouraged to fill in google forms to know their employment status. Through this initial analysis, it was found that 66% of them had lost their jobs while 21.5% of them had not received their salaries since April'2020. Only 12.5% of them were safe with their jobs. Altogether, almost 80% of them had no secure income.

SEDI took it upon itself to ensure that the ex-trainees are gainfully employed again. A team called the 'Placement Preparedness Team' ( PPT)  was constituted with six placement officers led by Manmohan Bhati, a senior placement officer and in-charge of SEDI Nagore. Reaching out to all its placement partners, the team started connecting with the HR representatives to share the situation of its ex- trainees, and to understand their current business needs.  The strategy was clear - to connect the needy ex-trainees with local requirements within Rajasthan. With SEDI recently adapting to online teaching, the question was asked as to why 'online placement partners meet' couldn't be organised as well. While earlier, SEDI used to organise 2 big placement partner meets and invited sector wise companies to participate, this time around 5 employers' meets were organised online within a few weeks itself. The approach helped them connect with 67 different big organisations, subsequently compiling a list of 5000 vacancies in the area.  The Placement Preparedness Team quickly persuaded the trainees to choose among the vacancies available. 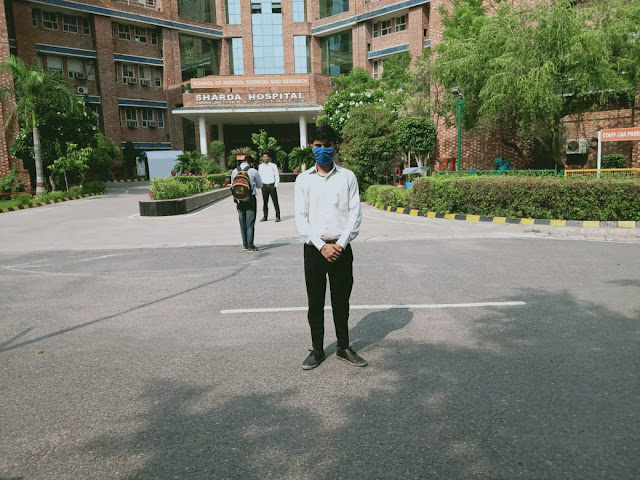 Former trainee placed at a hospital

As a proposition, this was a win-win model for companies as they could employ local youth with little risk of them moving out of the region. Companies also offered better salaries and other facilities so that the new recruits would continue to work for them. Before the trainees commenced work, a two day training workshop was also conducted on health & safety norms to follow in the current times.

The whole process of sharing COVID affected placement reports with partners and placing more than 500 trainees is a result of the team's hardwork and guidance from seniors. It is estimated that the team will reach 600 placements by the end of the week.SEDI has also offered livelihood opportunities through entrepreneurship & alternative menial jobs to the affected former trainees.