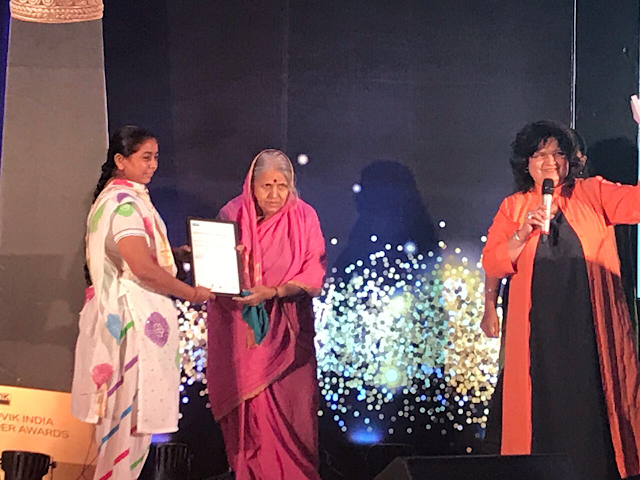 Recognizing the advantages of digital literacy to women, in 2015,  ACF, Tata Trusts and Google India, launched a ground-breaking project to bridge this gap. Armed with 2 tablets/smartphones, sim card and charger, an army of 50 women set out on bicycles. Their purpose? To teach rural women to 'surf the net.'

But road blocks came in their way. Local men didn't believe women could learn technology! Wasn't ACF better off to teach young people how to use the internet?  Their trust wasn't gained until they saw tangible results. Manishaben had abandoned her saree business when travelling costs to purchase stock made it unviable.  But with internet at her fingertips, she dealt direct with wholesalers - ordering via WhatsApp, paying on net-banking.  Today her profit is up to Rs 1000 per saree.

The men were on board - some buying smartphones for their girls so they could earn too.  But whilst women were curious, they doubted themselves.  Many didn't even own a phone, let alone smartphone. But they saw the internet opening doors and their confidence grew.  Anitaben stumbled upon the 'Manasvini' scheme - where women were selected to distribute sanitary napkins. Today she earns Rs 10,000 monthly as the local coordinator.