Halfway between Jodhpur and Bikaner, on the edge of the Thar Desert, lies the city of Nagaur. Its main industries include spices and tourism, and youth in the area primarily turn to agriculture for jobs and a future.

It is here that ACF set up a Skill & Entrepreneurship Development Institute back in 2009 and somehow, over the past 12 years, this institute has churned out award winning trainees, year on year.  For the last 6 years, SEDI Nagaur has produced 6 Skill Icons and has taken away the coveted Skill Ambassador award every year for the last 3 years.

To find out the secret to their success in skill training for rural youth, Thrive caught up with SEDI In-Charge at Nagaur, Mr Manmohan Bhati. 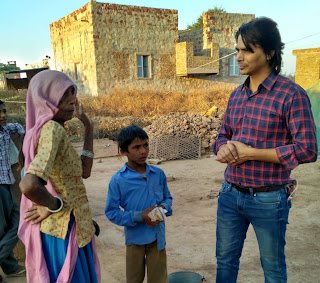 Placement is the Key!

According to Manmohan, the most important person in a Skill Training Institute, is the Placement Officer.  “The Placement Officer is key.  We can attract a young person, train them well, but if we cannot find them employment it is all for nothing,” he said.

A Placement officer at SEDI is involved with a Trainee during their entire skill training journey at SEDI – from the time they are mobilised, during their training and the final knot of this chain, ‘Placement.’  “The Placement Officer must know the trainee well and also be aware of the market requirement. It is only then that they can put them together and make a good fit!” Manmohan said.

Finding a Match Made in Heaven

Placement is a juggling act between the aspirations, needs and desires of the Trainee, their family and the Placement Partner.

“Trainees have their own aspirations and of course their family has their own ideas – so it's a balancing act for Placement officers to meet trainees and trainee family aspirations and connect those with the needs and requirements of a suitable employer.”

And the going is often tough in Rajasthan, a place with less industry and an entire generation of young people who aspire for blue and white collar jobs that are just not there.

“Trainees always want to become something what their parents or friends are doing.  Many people in Rajasthan go to Gujarat or neighbouring states where there is more opportunity.”

“It is important that the job role should be for the long term and so we take extra effort to ensure trainees are placed in jobs in the organised sector.  So many small shops are there that can provide jobs, but they would not be able to give them a good future. Once a trainee enters the organised sector, they grow tremendously.  They gradually learn something new apart from what we have taught them,” Manmohan said.

“In selecting placement partners, we look at the kind of culture in the workplace - we have blacklisted some companies because they have withheld salaries of trainees. It is important to find partners who will help nurture and grow our trainees, not exploit them and hold them back in life,” he said.

“When I look to hire someone, I crosscheck them and scrutinise their background – we do the same with placement partners. Are they organised? In relation to girls, we check that girls work in front of CCTV camera – we ensure organization have toilets and facilities to ensure our trainees are safe. We put ourselves in the shoes of the trainee and then look at the partner,” he said.

“We also provide group placement which helps with retention when trainees have to commute far away from home for the job. They feel happy and secure with their batch mates with them,” he said.

According to Mr Bhati, 50% of youth do not initially have any aspiration for their future, but once they start learning, that aspiration grows.

“People who are really hungry will eat whatever they will get. In Rajasthan, big industries are rare. If they want to work in a big industry, they have to travel and relocate. Trainees are willing to travel and move outside because their parents are doing so too. Our placement ratio is 80-90% and retention is up to 75%. We are connected with their parents and employers. We also try to find the best job in the market and encourage them to stick it out for a year or more.”

And of course salary is key. “Minimum rates of salary in Rajasthan as decided by the Government are very low. Generally we send students out of Rajasthan so they can get good salary. We train them in such a way where we can bargain with the employer – we flat refuse if they are offering less than Rs. 9000 - 10,000,” he said. “On the maximum side, if incentives and travel allowance is provided, starting salaries can go up to Rs.15000.”

In order to make Skilling ‘aspirational’ among the youth, Rajasthan Skill and Livelihoods Development Corporation launched the concept of Skill Icon – an award given to those candidates who are able to fetch the best placements after the successful completion of their training at Skill Development Centres in Rajasthan. An award of Rs. 11,000 is given to the Skill Icons who are selected on the basis of their employment, salary and background.

The awards act as a good motivation in skill training and retention for rural youth and SEDI Nagaur has been consistent in bagging the awards with their graduate’s year on year.

A Skill Ambassador is awarded to someone who is self-employed. In 2019, Ms Varsha Sharma from Nagaur took out the prize. The daughter of a factory labourer and vegetable seller, Varsha defied the odds when she trained as Documentation Assistant at SEDI and went on to open her own Computer Centre – Tulsi Computer Centre & E-mitra. She invested 3 lacs in the centre and quickly paid off her loans with an income that regularly exceeds Rs. 35,000 per month. 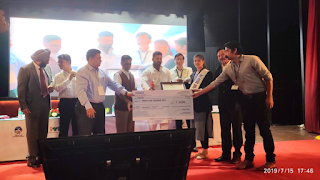