Studying By Day, Stitching By Night - How Taufique Ahmed Battled the Odds to Secure a Better Future 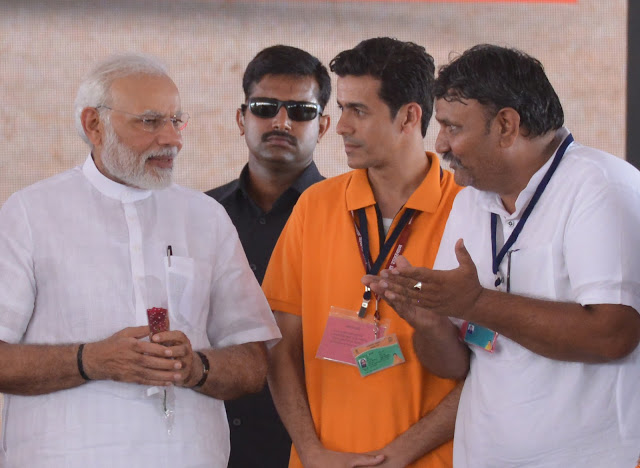 On 7th July 2018, the honourable Prime Minister of India, Shri Narendra Modi, visited Rajasthan to seek feedback from around 2.5 lakh beneficiaries of various central and state-run public welfare schemes under the 'Pradhan Mantri Jansanwad' programme.
During the event, it was a proud moment for Ambuja Cement Foundation (ACF) when Taufique Ahmed, a graduate from Skill & Entrepreneurship Development Institute (SEDI) Naguar, was showcased as a success story under the Skill India initiative, implemented by Rajasthan Skill and Livelihoods Development Corporation (RSLDC).
Hailing from a Lower middle-class family with limited financial ability, building a career was never an easy option for Taufique. In fact, when most youth go to colleges post their 12th, Taufique was forced by circumstances to pick up a thread and a sewing needle to be able to financially support his family.
Stitching was hard work and Taufique soon realized that beyond subsistence, the skill didn't offer any growth. Never one to surrender to his circumstances, Taufique decided to pick a skill that would offer him growth & financial independence. Through an acquaintance, he heard about SEDI, Naguar and decided to meet the head of the institute.
An interesting exchange took place at this meeting. Convinced that a certificate of proficiency in English speaking would increase his prospects of finding a suitable job, Taufique asked if such a certificate could be arranged for. The Head of the Institute responded by drawing a bow and arrow on a piece of paper and asked Taufique to show his archery skills with it. The point was well taken and Taufique enrolled for a course in hospitality at SEDI in Naguar.
While the decision to take admission for the vocational course was a relatively easy one, studying in the absence of any income for him and his family was a tough one. He eventually decided to do both, study and stitch.
The perseverance is inspiring. Taufique would come to SEDI in the day, finish his classes & studies through the day, and then go home to burn the midnight oil, stitching clothes. He didn't just manage but excelled in his persistence. With 94% attendance and the best student badge under his belt when he graduated 5 months later, in September 2015, Taufique was raring to face the world with his newly acquired skills & confidence.
His first job, facilitated by SEDI, was with Kokilaben Dhirubhai Ambani Hospital in Mumbai. Having realized early on in life that time is money, he took up a second job as well, as a steward in a restaurant. Mornings were dedicated to the hospital while evenings were spent serving guests at the restaurant. Lodging & food was taken care of by the hospital. Within 6 months itself, Taufique was able to save Rs. 50000/- through his dogged determination & hard work.
Taufique, however, was not one to rest on his laurels. He approached SEDI again and requested the institute to help him find a job in the Gulf which would help him in further securing financial stability back at home. SEDI, operating with its core philosophy to offer sustainable livelihoods to rural youth, reached out to a few fast food chains and eventually got a positive response from Jan Burger in Saudi Arabia. 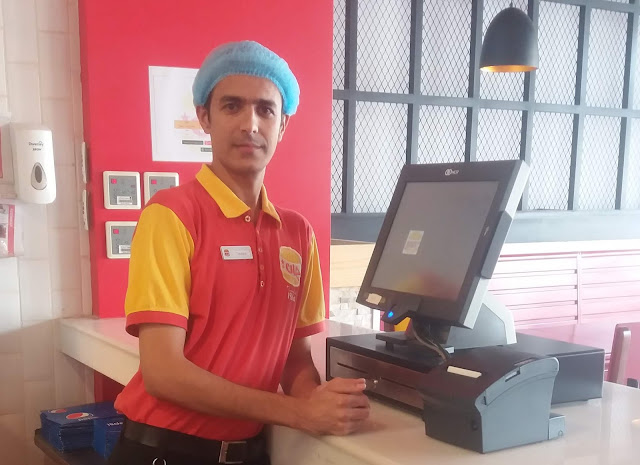 Today, Taufique can be spotted at the Jan Burger outlet at King Khalid International Airport in Riyadh, Saudi Arabia. Within 2 years itself, he's been promoted to the role of a cashier and hopes to scale greater heights. He earns Rs. 29000 per month plus tips which keeps his family back home financially stable. He seems fairly content, although the thirst to learn still lingers.
"A mere certificate in English would not have brought me to these heights" he admits, wreathed in smiles. We agree.
Through 27 Skill & Entrepreneurship Development Institutes across 10 states in India, ACF offers 35 different courses covering sectors such as construction, health, capital goods, automotive, retail, hospitality, security, beauty & wellness, and garment making among others to rural youth. Till date, ACF has successfully trained and placed over 40000 students. Learn more about how ACF is skilling rural youth here
Tags: Skills
0 Comment
← PREVIOUS BLOG
Sandvik Gender Award for 'Brid...
NEXT BLOG →
ACF & NABARD Water Initiatives...