Succeeding Where All Else Failed ... 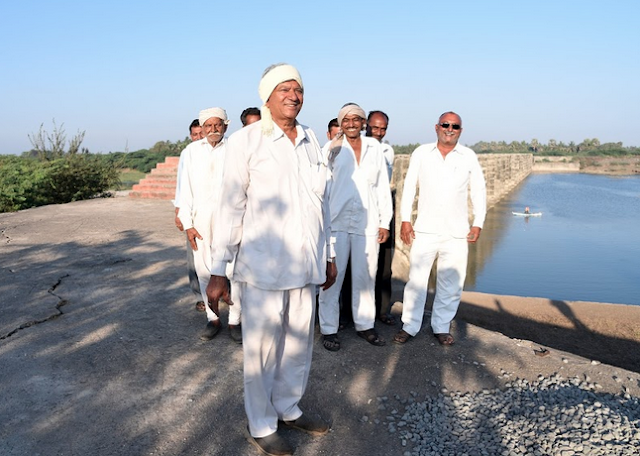 How ACF overcame multiple adversities in building a large-scale tidal regulator in Gujarat.

Farmers in coastal Kodinar were scared, and the future looked bleak. The prospect of losing their livelihoods was very real.

Salinity had been a problem since 1970 in kodinar. An attempt by Government in 1986 to install 30 'tidal regulator' steel gates was a complete failure. The gates stood there corroding - a constant reminder of the ever-creeping tide.Realizing the graveness of the situation, community members had tried to revive a local check dam - but despite the hard work, significant costs and best intentions, the problem persisted.

In 2002, they approached the local MLA and finally in 2008, a tender was issued to resolve the salinity problem - won by a local contractor, who immediately started work.But farmers were not convinced - they had seen the work of this contractor and the quality was poor.

Meanwhile, Ambuja Cement Foundation had been working with the government on other projects and was requested to take over the INR 8.516 Million project.Challenges, however, continued to persist with the project. The aim was to build a spillway in place of the regulator gates - but when excavation began, water was seeping in quicker than it could be removed.

Putting their heads together, ACF staff decided to build a temporary earthen bund downstream, to prevent the barrage of water from the sea. But once, twice, three times, the bund gave way and collapsed.

Many others in their place would have acknowledged failure - was this really an 'impossible project?' But being local to the area, the team summoned all their determination - their peers, friends and communities depended on it.

In 2009, within just 5 months of taking over, ACF completed the project. And today, crops bloom, profits abound and the health and happiness of the region has returned once more.

After decades of others trying, ACF succeeding in reversing the tide. But that's just one piece of the puzzle. ACF's water management efforts in Kodinar have returned a 13 times social return on investment.